Meet the directors of the film "Mike Mignola: Drawing Monsters” at the Vegas Valley Comic Book Festival! This feature-length film tells the true story of how Mike Mignola came to create the world-renowned comic book universe of “Hellboy.”  The film includes never-before-seen interviews conducted with the legendary creator at his studio, drawing demonstrations, behind-the-scenes footage from workshops and comic book conventions, plus interviews with some of the most influential people in entertainment. 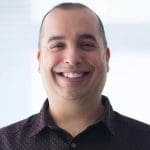 Jim Demonakos is highly respected in the comics industry, and is the founder and showrunner of LightBox Expo, and, one of the keystone events of the pop culture calendar, Emerald City Comic Con. He has produced dozens of pop culture events worldwide, and his unique voice as a peer to comic book creators is an invaluable perspective to our films. 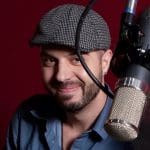 Join us at Clark County Library on November 5  from 10 a.m.-12 p.m. to watch the film in our main theater. Both Jim Demonakos and Kevin Konrad Hanna will be there to introduce the film and will be available for a Q&A session after.  You can view the full schedule of events on our website.